The Mass General Brigham Employee Assistance Program is available to help with a variety of mental health issues and concerns. Coping with a mental health problem for you, a family member, or friend can be challenging and navigating the mental health system can seem overwhelming for all those impacted. Below are some helpful resources. Please contact the EAP at 866-724-4327 if you need further assistance for yourself or someone you care about.

Suicidal behavior is defined as a preoccupation or act that is focused on causing one’s own death voluntarily. Suicidal ideation refers to thoughts of suicide or wanting to take one’s own life. Suicidal behavior refers to actions taken by one who is considering or preparing to cause his or her own death. Suicide attempt usually refers to an act focused on causing one’s own death that is unsuccessful in causing death. Suicide refers to having intentionally caused one’s own death. Talking about suicide is the best way to prevent it. Although it is not possible to predict suicide with any certainty, our best tool is recognition of the signs that many people exhibit when contemplating suicide. These three behaviors should prompt you to seek immediate help for you or a loved one: talking about wanting to die or to kill oneself; looking for a way to kill oneself, such as searching online or obtaining a gun; talking about feeling hopeless or having no reason to live. See the Resources section below for actions to take if you or someone you know needs help.

Eating disorders happen as a result of severe disturbances in eating behavior, such as unhealthy reduction of food intake or extreme overeating. These patterns can be caused by feelings of distress or concern about body shape or weight, and they harm normal body composition and function. A person with an eating disorder may have started out just eating smaller or larger amounts of food than usual, but at some point, the urge to eat less or more spirals out of control.

Eating disorders are very complex, and despite scientific research to understand them, the biological, behavioral, and social underpinnings of these illnesses remain elusive. Eating disorders frequently develop during adolescence or early adulthood, but some reports indicate their onset can occur during childhood or later in adulthood. Many adolescents are able to hide these behaviors from their family for months or years. Eating disorders are not due to a failure of will or behavior; rather, they are real, treatable medical illnesses in which certain abnormal patterns of eating take on a life of their own.

Anorexia nervosa, a form of self-starvation, is characterized by a distorted body image that leads to restricted eating and other behavior that prevents a person from gaining weight. The majority of those affected are females (90-95%), although these statistics are changing as males are now more frequently affected. Initially identified in upper- and middle-class families, anorexia is now known to be found in all socioeconomic groups and a variety of ethnic and racial groups.

Bulimia is characterized by uncontrolled episodes of overeating, called bingeing, followed by purging with methods such as vomiting or misuse of laxatives. Bingeing is eating much larger amounts of food than you would normally eat in a short period of time, usually less than 2 hours. The binge-purge cycles can happen from many times a day to several times a week. Bulimia most often affects females and starts during the teenage years, but it can also affect males. Other illnesses, such as substance misuse, anxiety disorders, and mood disorders are common in people with bulimia.

Binge eating disorder is an illness that involves overeating in a specific, defined period of time. More food is eaten than others eat in the same amount of time, under the same circumstances. It differs from bulimia as individuals do not purge their bodies of the excess food via vomiting, laxative misuse, or diuretic misuse. Binge eating disorder is found in about 1% to 2% of the general population and is seen more often in women than men. 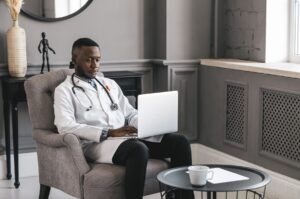 The Mass General Brigham hospitals are leading researchers in Psychiatry and Neuroscience. These programs committed to better understanding mental health, and to using that knowledge to create more effective treatments. Patients and volunteers in these programs are an important part of that work. Sometimes these programs offer quicker avenues to accessing treatment. Below is some information on these programs. Please consult your provider or these programs to learn more.