The Mass General Brigham Employee Assistance Program is available to help with anything related to the LGBTQ communities and those who want to be a support. The resources below are welcoming and informed about LGBTQ issues. If you would like assistance with an issue you are facing or with identifying the right resources for you, a family member or a friend, give us a call at 866-724-4327, and one of our EAP consultants would be glad to discuss your particular request. 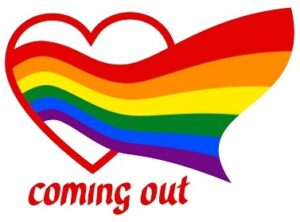 “Coming out is when a person decides to reveal an important part of who they are with someone in their life. For many LGBTQ people, this involves sharing their sexual orientation and/or gender identity. Coming out isn’t always easy. After thinking it through, you may decide not to come out. You are valid and deserve support no matter who you do or do not share your identities with. Remember, there isn’t one right way to come out, and it’s YOUR choice”

Every year National Coming Out Day (October 11) honors those brave individuals who have come out as LGBTQ or as a straight ally for equality. Homophobia and transphobia thrive in silence, and the act of coming out when it feels safe enough to do so makes it easier for others to do the same. When people know someone who is LGBTQ, they are far more likely to support equality under the law.

Every person who speaks up changes hearts and minds, and creates new advocates for equality.

The Mass General Brigham EAP is here to help you navigate this process and to assist those who want to support someone else in this process.

How to be an Ally 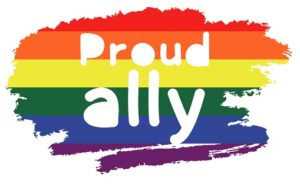 “For a lot of people, learning that someone they know and care about is LGBT can open a range of emotions, from confused to concerned, awkward to honored. It may be hard to know how to react, leaving you with questions about what to say, how to talk about being LGBT and wanting to know what you can do to be supportive. An ‘ally’ is a term used to describe someone who is supportive of LGBT people. It encompasses non-LGBT allies as well as those within the LGBT community who support each other.” Human Rights Campaign

The guides below can help to answer questions and suggest ways to support LGBTQ friends, family members, coworkers and others. If you would like assistance in finding the right resource for you or others, give us a call. One of our EAP consultants would be glad to discuss your request.

LGBTQ in the Workplace

Mass General Brigham and its hospitals have been and continue to be advocates for diversity and equal employment opportunities. By providing a respectful work environment, we are giving all employees the opportunity to achieve the highest professional success – for our patients and for themselves. Below are Mass General Brigham and external resources which provide information and support. Please contact the EAP if you need other resources or want to discuss any concerns.

Resources for Supporting and Caring for Transgender Children and Youth 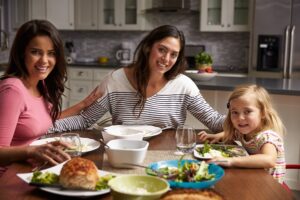 When a lesbian, gay, bisexual, transgender or queer (LGBTQ) person is abusive to their partner, we often do not recognize it as domestic violence because of false expectations that men should be able to defend themselves and stereotypes that all women are safe, or that both partners are equally abusive.

The truth is that domestic abuse is a serious problem and can occur in any relationship. An individual’s size, strength, faith, politics or personality does not determine whether he or she can be abused or be an abuser. As with heterosexual domestic abuse, domestic abuse in gay and queer communities cuts across all class, faith and race lines.

Finding safety and support may be difficult for the victim of LGBTQ partner violence or sexual assault. Abusers have the additional power of threatening to expose their partners if their partners are not “out” to their families or employers. A lesbian batterer may work as a battered women’s advocate and have easy access to shelters. Gay men may not be taken seriously by police or judges who assume their conflict is mutual combat rather than a pattern of abuse. Transgender victims often confront prejudice from police and others based on their appearance.

Community organizations sensitive to these issues are good resources for safety planning, crisis intervention and prevention. The organizations below provide information about LGBTQ domestic abuse, prevention services and referrals to community resources that are informed and attuned to LGBTQ concerns.