Understanding Suicide Can Help Prevent It

Did you know that most people who struggle with suicidal thoughts get better and do not go on to kill themselves? Many are never suicidal again. They need caring, compassion, treatment, and a way to move past despair. Recovery is possible.

However, suicide continues to be a significant public health issue and causes pain and grief. We haven’t reached a point where society has an accurate understanding of what drives people to have suicidal thoughts or attempt suicide. Perhaps the biggest barrier to decreasing suicide is the stigma and shame, which prevent those who are struggling from seeking help, and those who care, from offering assistance and compassion.

According to the Centers for Disease Control (CDC), in 2020 there were nearly 46,000 reported suicides in the US. Suicide is a significant reason for death overall, and the 3rd leading cause for people aged 15-24. In the same year, survey statistics revealed:

As a healthcare organization, we want to be in the best position to help our patients, but also, our family, friends, and colleagues. Stress levels and mental health issues in society at large, and for those working in health care are well documented. Most of the research about suicide in healthcare relates to nurses and physicians, and identifies risk that can be addressed. According to The 2021 Physicians Foundation Survey, 55% of physicians know of an MD who has considered, attempted or died by suicide during their career. 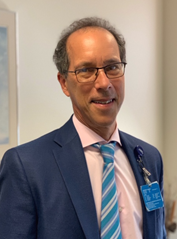 To better understand suicide and how to mitigate it, we turned to Dr. Schechter, who is regarded as a suicide expert across MGB and in the field.

Why is there Stigma Associated with Suicide?

Dr. Schechter explains that stigma related to mental health and substance use disorders (SUDs), often associated with suicide, is intertwined with, and exacerbated by perceptions about suicide.
When we don’t fully understand something, we often perceive it as different or bad, and in the case of suicide, repulsive, selfish, and weak.

Last year the EAP posted an article about stigma and mental health. Those with mental health and/or SUDs, may face disparate treatment in and outside of the medical system. For example, some mistakenly believe that SUDs stem from personal choice, rather than from an illness with biological and psychosocial components.

When you add suicide to the mix, there are even more significant stigma-related hurdles.
It’s natural to respond to discomfort with avoidance or judgment, but how can we combat these tendencies as individuals or healthcare delivery systems and help those who are struggling?

Dr. Schechter was the expert on this MGB video about Suicide Facts. Below we address some common questions and misconceptions about suicide.

Why do people attempt suicide?

Is suicide only about depression or mental health?

Are suicidal feelings chronic or permanent?

Are all suicides preventable?

How to Help or Get Help 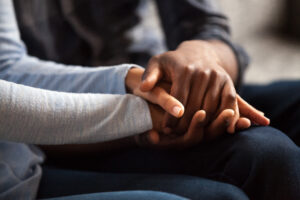 Many people avoid offering help, even when they suspect that someone may be struggling or presents a safety risk. This is understandable, especially if they are not familiar with how to intervene or approach someone. Helping someone in these cases is no different than offering assistance to someone who has another medical condition, such as heart disease or cancer. Dr. Schechter stresses that with knowledge and practice, you will achieve greater comfort and feel less awkward. Below is some guidance:

The American Foundation for Suicide Prevention (AFSP) offers a full list of warning signs. Here are some to watch out for:

Does asking about suicide make people more likely to hurt themselves?

No. It makes a suicide LESS LIKELY because it is often experienced as a relief and opens up a pathway to getting help

What can you say when you are concerned about someone?

As a family member or friend

Understand what kind of help is needed

If you are struggling with thoughts of suicide

If someone has lost a loved one to suicide

Help from the EAP

The Mass General Brigham EAP offers free and confidential services for employees and immediate household family members. EAP records are separate from medical and HR records. Contact the EAP at 866-724-4327 or request an appointment via our online form for confidential assistance.